5 Crucial Technology Trends That Are Shaping Our Future 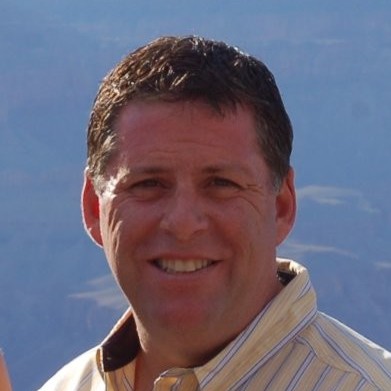 Global IT growth has been almost meteoric in recent years and the forecasts remain optimistic for the foreseeable future. In spite of spite slowing economies in both Asia and Europe compounded by the Covid-19 Pandemic, the forecast growth for technology and associated IT services remains very strong. There are several key trends that are driving this growth not only short term, but also for many years to come.

Leading the growth is the continued expansion of internet access in developing economies. Over the past 13 years, the total number of global internet users has increased nearly 4-fold from approximately 1 billion in 2005 to 3.9 billion in 2018. Amazingly, 2018 represented the first year where the majority of the world’s population used the internet at just over 51%. No surprise, the global internet usage rates are being propelled by the world’s youth, as 71% of those aged 15-24 are now online.

The following have the three largest geographic penetrations:

As these numbers continue to increase, so will the growth of the system that support them.

The rapid growth of internet access is nothing new among developed countries. However, combined with more access to mobile technology and cheaper, more powerful sensors it is creating a new world of technological capabilities with more and more impactful business and personal use cases. The use of these new ubiquitous technological capabilities, including IoT is pushing the technology growth forecast in the next few years to staggering levels.

While the number of internet users are growing at over 7% per year, mobile and connected devices are growing even faster, at an estimated 10% annual growth rate. This is largely driven by the boom in the Internet of Things (IoT) devices such as Smart Meters, Video Surveillance, Healthcare Monitoring (wearables), Transportation Monitoring, Smart Credit Cards, and Environmental Monitors – Exterior & Interior. These connected devices sometimes referred to as Machine to Machine (M2M) connections will make up more than 50% of all devices in 2019 and connections, up from 34% in 2017. This is driving significant growth in mobile devices and application development.

Here are some key stats related to Mobile and Connected Devices:

This is all driving growth in emerging markets, where mobile penetration is less mature, and is generally expected to exceed that of the developed markets of North America and Western Europe. The pace of large-scale 5G rollouts should begin to crystallize in the next year as mobile spectrum and standards are finalized. By 2022, Cisco predicts nearly 12% of global mobile traffic will come from 5G. Enhanced IoT capabilities through faster data transfer speeds will lead to profound changes across a wide range of industries.

Driven by all the new applications that will utilize the data from these connected devices, the market for cloud services will continue to grow at a breakneck pace. Gartner estimates total worldwide public cloud services revenue grew 21.0% year over year in 2018 to $175.8 billion and they forecast the market reaching a scale of $278.3 billion in 2021.

One of the key value propositions that the cloud-enabled “as-a-service” model offers is the reduction of technology consulting such as large on premise implementations, upgrades and maintenance. The paradigm shift toward cloud-based IT services delivery is being led by growth in infrastructure, platforms and software application services. These are all driven by the benefits of reduced cost and enhanced flexibility. Cloud services are broken up into 4 major categories:

Large enterprises are adopting IaaS due in part to the potential of eliminating their existing infrastructure maintenance and upgrade costs through virtualization. Meanwhile, the on-demand model of SaaS is making enterprise software tools such as CRM and ERP more accessible to small and midsize businesses (SMBs).

However, the storage and retrieval of data from outside the organization creates more data security risks. These still remain a primary barrier to broader adoption of public cloud services, particularly in sectors that deal with highly sensitive information, such as finance, healthcare and government. As a result, cloud vendors are increasingly addressing these concerns by integrating security capabilities within their platforms.

Nearly 13 billion IoT sensors and devices are anticipated to be in use in the consumer segment over the next few years. This represents a 35% increase since 2018. This move to IoT device use is generating massive amounts of both structured and unstructured data of which more and more are being deployed in some sort of cloud based system. This convergence is creating the need for more applications to consume and deliver this data in a meaningful way.

The Global Datasphere is defined as, and includes traditional and cloud datacenters, enterprise infrastructure (cell towers, physical offices, etc.) and an increasing number of endpoints (PCs, tablets, smart phones, smart watches and all other IoT devices). It is estimated that the Global Datasphere will grow from 33 Zettabytes (33 trillion gigabytes) in 2018 to 175 Zettabytes (175 trillion gigabytes) by 2025.

As the volume of data generated rises exponentially while the cost of processing and storage continues to fall, use cases for big data are becoming more and more pervasive across industries. IDC estimates that by 2025 every connected person in the world will have a digital data engagement approximately 5,000 times per day on average, or 1 digital interaction every 18 seconds.

While we are still in the early stages of AI and Machine Learning (ML) implementations, they are, in many cases already going mainstream. The estimate for global spending for AI and ML systems exceeded $25 billion in 2018 and is expected to pass $75 billion by 2022.

It is believed that the acceptance of artificial AI and ML into mainstream across a wide range of industries will push overall spending on technology by more than 50% by 2030.

5. It All Leads To Cyber Security

The proliferation of internet access, expansion of mobile and connected device, greater use of cloud processing and the massive amount of data and AI/ML have introduced new complexities and challenges in cybersecurity and have contributed to the rise of a plethora of issues. Mounting data breaches and consumer privacy concerns are forcing companies and organizations to heavily invest in cyber security.

An IBM study cited “the changing threat landscape, the risk of exposure, and an ever-growing attack surface” as the primary factors leading to the meteoric rise of cyber threats. Attackers have become more reliant on proven, well known techniques and have become more and more selective in their targets. These attacks are becoming increasingly sophisticated as the use of digital transformation has introduced a tide of complexities and challenges in cybersecurity.

As hackers and cyber attackers continue to push the boundaries, companies will need to use more creative and innovative security solutions to thwart these cyberattacks, Organizations need to focus on looking at their cybersecurity strategy through the hacker’s point lens. With the greater reliance on internet and cloud based commerce, companies and organizations need focus their cyber security efforts throughout their entire supply chain to insure complete protection.

With all of the increased access, traffic and endpoints, the use of AI and ML will continue to become a much larger part of how companies detect and prevent cyberattacks. The goal of near real-time detection and prevention is driving the cybersecurity industry forward at breakneck speed. This work is creating as shortage of qualified resource and forcing a rapidly evolving set of skills that is required to address these problems. This has fueled significant demand for cyber/data security talent.

Get Tech Trends delivered straight to your inbox

Scale Up Your Product